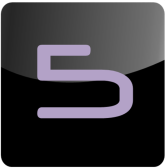 Generally you name a business for a reason and ‘Rule 5’ is no exception.  We’re going to give you a clue or rather let you choose from a selection of possible answers.  One is completely untrue, some are true and but only one is the genuine reason.  We’ll leave you to make up your own mind.

1 The five second rule  – the founding directors both used to work with someone who regularly dropped their lunch on the floor but picked it up unabashed and carried on eating it claiming the ‘five second rule’.  We just liked the sound of it.

3. Rules for cyclists – an online cycling community called the Velominati has published a set of rules for cycling.  Rule five is an ‘Anglo-Saxon’ invocation to try harder.   Results comes through effort and we sign up to that.

4. Fight Club – in the film ‘Fight Club’ Rule 5 is ‘one fight at a time’.  Our philosophy is that you shouldn’t get into situations of conflict and if you do never more than one at a time.

5. The Rule 5 draft in Baseball – Major league Baseball has a ‘Rule 5’ draft that is concerned with identifying and developing young talent.  It is something that we strive for too.