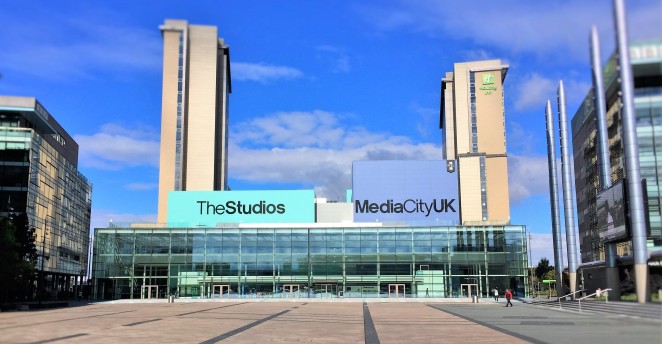 Rule 5 has been appointed by MediaCityUK based media services business dock10 to deliver a regional and corporate PR campaign.

dock10 is well known as a major supplier of studios, post production and managed services to the BBC, ITV and a host of independent TV production companies. It is now actively growing its customer base beyond the broadcast sector.

Video is growing at an exceptional rate, with significant growth in corporate and advertising. Last year, UK video ad spend grew over 50% to £711million, according to the Internet Advertising Bureau UK. “Broadcast continues to be our core business but the demand for broadcast quality video content is expanding well beyond traditional TV” said dock10 CEO Mark Senior.

“We’ve appointed Rule 5 because they understand the market, with the additional benefit of being located very close to us in MediaCityUK” he added.